The family member's of this 72 years, 28kg old gentleman visited my clinic on 4th July 2012. The patient was not able to come because he was very weak and fragile and bed ridden most of the time. He was diagnosed with lungs cancer in 1998 and went through radiation and chemo in 2002 and lot many standard procedures done by the allopathic doctors. 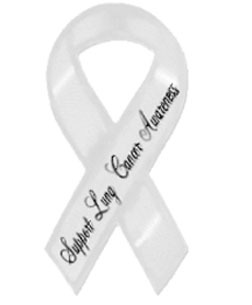 His family members reported following problems to me.
According to doctor's and test reports, his 1 lung was completely damaged and the 2nd one was half gone. He had much difficulty in breathing. He always had cough and cold. Every 2nd day he used to have throat infection. He was very low on immunity. Always complained of giddiness, had acidity and chronic constipation. He never felt hunger. Always complained of chest pain and not able to talk to anyone as it caused suffocation. He wasn't able to go to washroom on his own and was always accompanied by his wife.

Based on this info, i started his treatment. He started taking the medicines from 5th July 2012.

The following improvements were noted.
He was able to visit my clinic with no aid.
Was able to talk to us about his problems without suffocation.
He reported that instead of being bed ridden, now he walks from one room to another.
There was lots of improvement in chest pain.
He was having regular motions (stools) without difficulty.
He didn't had any throat infection which used to occur every 2nd day.
His blood pressure improved from 60/90 to 70/110
And last but not the least, he was able to go to the washroom on his own after a gap of 10 long years.


This was amazing for me too. I know these herbal medicines are very effective, but they gives such excellent results in such sort span of time, i didn't know. I had told his family members that they may see some positive results in 3 - 4 months time, but Nature is full of surprises and give such good results in just 25 days.

They came back to me after 15 days for general checkup and medicines. and reported that he has got rid of his inhaler which he used to have regularly 3 - 4 times daily. And his chest pain has reduced considerably. His breathing is stable now and his appetite has improved a lot.

We have heard of cancer patients condition deteriorating day by day but here the we are able to see regular improvement. We have advised him to continue these herbal medicines so that slowly we can eliminate all his problems and help him lead a normal life.