A health care professional of allopathic medicine contacted me on 31st October, 2012 for his son's problem. His son, a 7 year old male child was diagnosed with Juvenile Diabetes and was undergoing allopathic treatment under the guidance of one of the most renowned name in Endocrinology in one of the best hospital of south east Asia.

Along with the case details, he send the following reports. 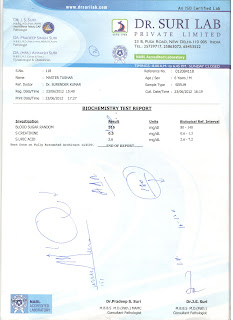 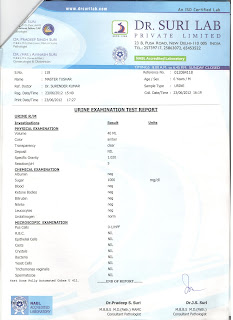 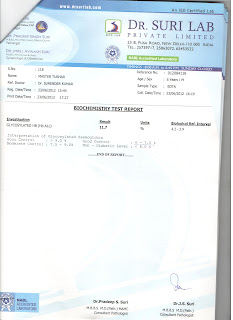 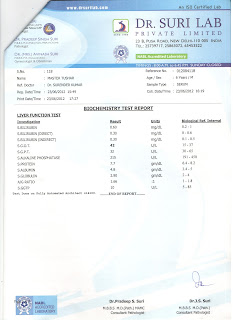 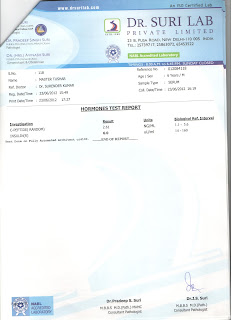 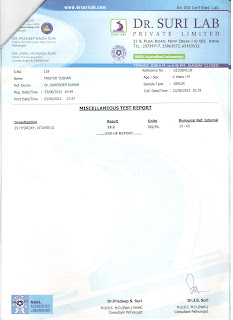 The reports clearly indicated a badly managed juvenile diabetes with A1C at 11.7. When he contacted me in October, 2012, The child was taking 9 units of Insulin and his fasting blood sugar was above 300.

The allopathic doctor had told him that he had to take Insulin for life and there is no cure for it.He was little uneasy in accepting anything which was not in line with the system of medicine that he used to follow ( allopathy) and very much influenced with the allopathic treatment. Everyone talks of the incurability of Juvenile Diabetes. All the doctors of allopathy with big big degrees have not been able to cure it.

I told him that Nature is more powerful then Man made science and he being the father, has to take the call if he blindly believed in what his allopathic doctor has said or wish to try something Natural. This is a freshly diagnosed case and there are very good chances for recovery and the results will come very fast. The kids body heals much faster compared to the grown ups. And these medicines can be taken along with the current allopathic medicines.

He started the Herbal medicines along with his allopathic medicines from November 2012 and called us on 9th December 2012 with the following readings.

This Indicates improved blood sugar control and the pancreas too started producing insulin which resulted in a decreased dependency on external insulin by a whooping 33.3% in just 1 month. His external Insulin requirement has come down from 9 units to 6 units in just one month.

We have advised him to continue the medicines till his pancreas is fully repaired and he no longer dependent on external insulin.