Type 1 Diabetes or Insulin Dependent Diabetes is a condition when the pancreas is unable to produce insulin required by the body and the blood glucose start giving a higher reading. The patients become dependent on external insulin for the rest of their life.

Most of the time the Type1 Diabetic patients not only fights their own condition but also with the society when they try to look for a cure. Everyone from the family and the society keeps on telling that they are wasting their time and money and thus discourages them from searching the right treatment which can give them freedom from external insulin dependency.

Today i am presenting a case of a 28 years old girl from Jabalpur, India, who is dependent on Insulin for the last 9 years fought against her condition and the popular belief that Type 1 Diabetes is incurable and she has been able to reduce her insulin requirement from 40 units per day to just 15 units per day in 2 years time. That is a whooping 63%.

Lets see her case history in her own words.
(We have hidden her name and email address to hide her identity.) 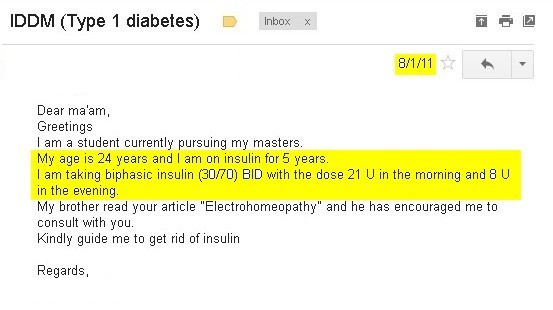 And here is how it all started. The sequence of event leading to her being detected Type 1 Diabetic. 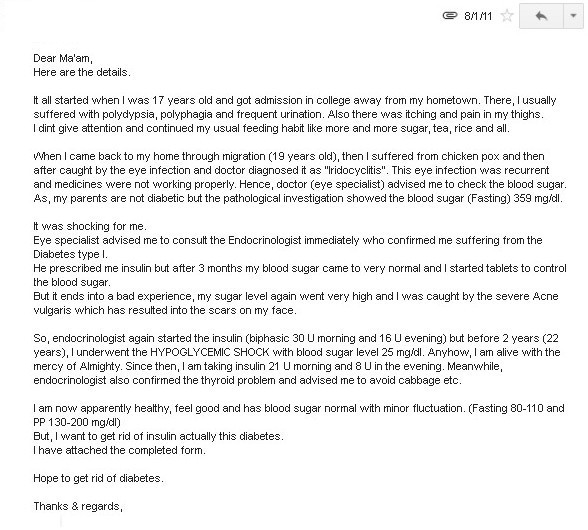 Under the influence of the popular belief that Type 1 diabetes is incurable, she too has her own set of doubts on the efficacy. 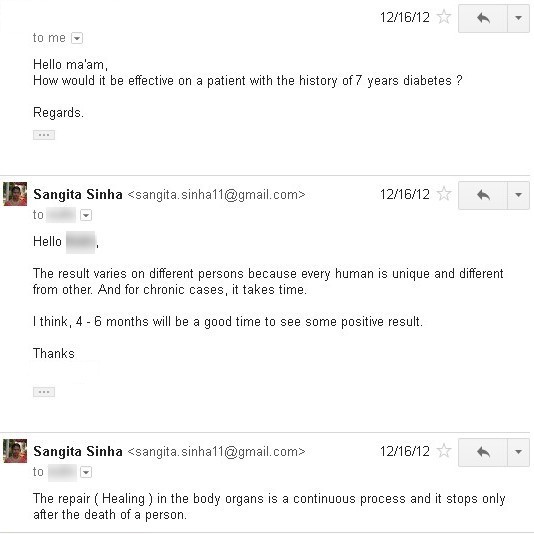 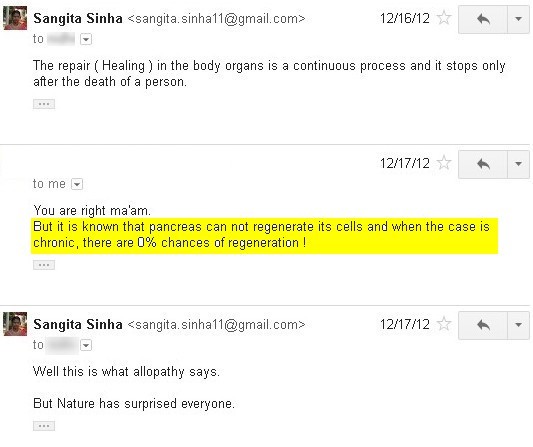 With all these doubts in mind, she was not able to start the treatment and her insulin requirement went to 40 units per day. And then she got determined to get rid of her external insulin dependence.

From here she started her journey of electrohomeopathy along with the 40units of insulin that she was already taking.

The First positive news came to us in just 1 month time. She was able to reduce her insulin intake by 1 unit.

After this positive news started pouring in almost every month.

More positive news following in and the external insulin requirement is consistently decreasing. 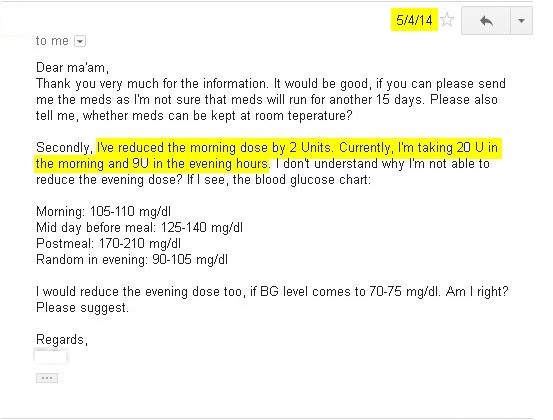 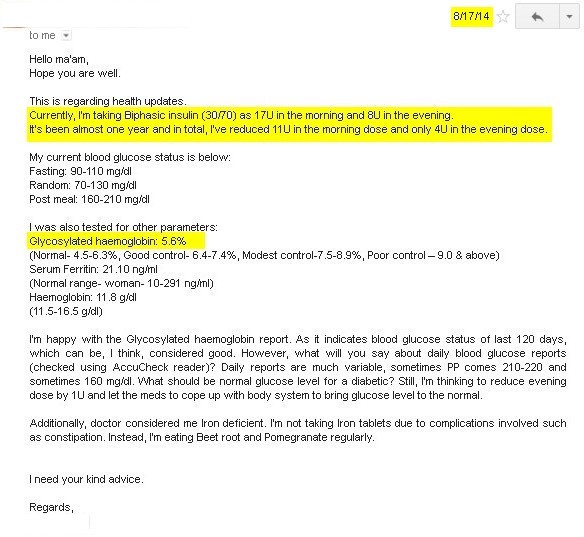 Sometimes there may be fluctuations and the patient may need to increase the insulin also. 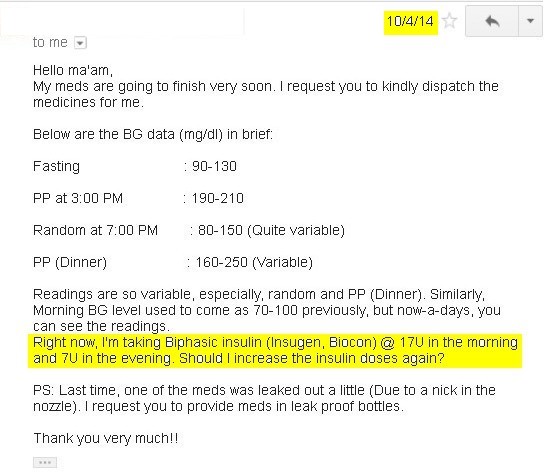 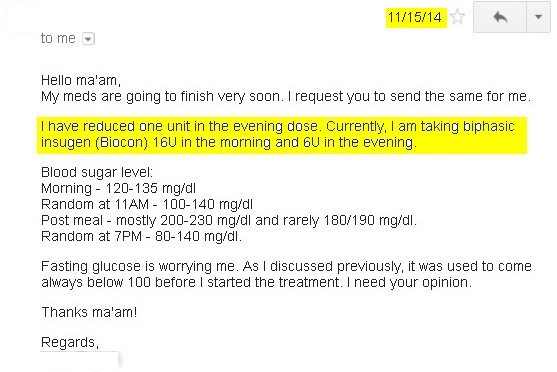 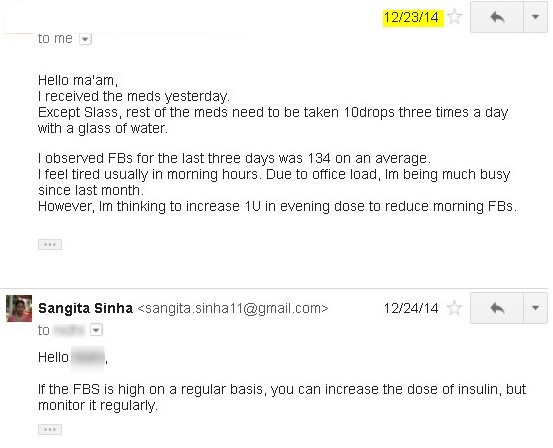 The fluctuations are temporary and she again reduces her external insulin dependence.

She has been able to reduce here external insulin requirement from 40 units per day to 15 units per day in a 2 years time. A whooping 63% reduction.

Most doctors says its incurable, the insulin producing beta cells can't be regenerated. They says once destroyed, its destroyed for ever. But this patient has proved that what others had told her was not 100% right. Herbal medicines taken under the guidance of experts can give much superior results compared to the chemical medicines.